Dan Nguyen combines accomplished artistry with a determined dedication to the design and execution of his vision. His style ranges from the romantic through the ultra-glamorous to the precise with a contemporary edge. He travels to Europe assisting the world famous hair designer Oribe in Paris, Milan, and New York for shows such as Armani Prive, Giorgio Armani,  Emporio Armani, Salvatore Ferragamo, and The CFDA 50th Anniversary Show.  For New York Fashion Week Fall/Winter 2018 Dan worked alongside the talented teams of Oribe Hair Care on the Brandon Maxwell, Cinq a Sept, Chromat, The Blonds and Pyer Moss shows, and keyed the Woodhouse show for New York Men’s Day. For Paris Couture Week 2018, Dan worked on the incredible Dior and AF Vandervorst shows. For Paris Fashion Week Fall/Winter 2018 he joined the team backstage for Valentino, Hermes, Balenciaga, Jacquemus, and Y Project. He has also worked the runways of Kempner, Sally LaPointe, Veronica Beard, Yigal Azrouel, PARKCHOONMOO, Adeam, and Narcisco Rodriguez, to name a few.

Dan’s collaboration with Oribe allowed him to realize his love of education by becoming an Educator for Oribe Hair Care. This role allows him to visit the top salons throughout North America sharing his knowledge of styling, cutting, and Oribe Hair products.

Dan is represented by:
THEY Representation Inc. In her over twenty years of salon experience, Linda Refosco has owned and managed two successful salons, mastered an astonishing range of styling and colouring techniques and accrued scores of devoted clients. For the past few seasons, Linda has styled the runways in Paris, Milan and New York, for such prestigious shows as Armani Prive, Giorgio Armani, Emporio Armani, Salvatore Ferragamo. For New York Fashion Week Fall/Winter 2018 Linda worked backstage for the Cinq a Sept, Chromat, The Blonds, Adam Selman as well as Woodhouse and R. Swiader for New York Men’s Day 2018. 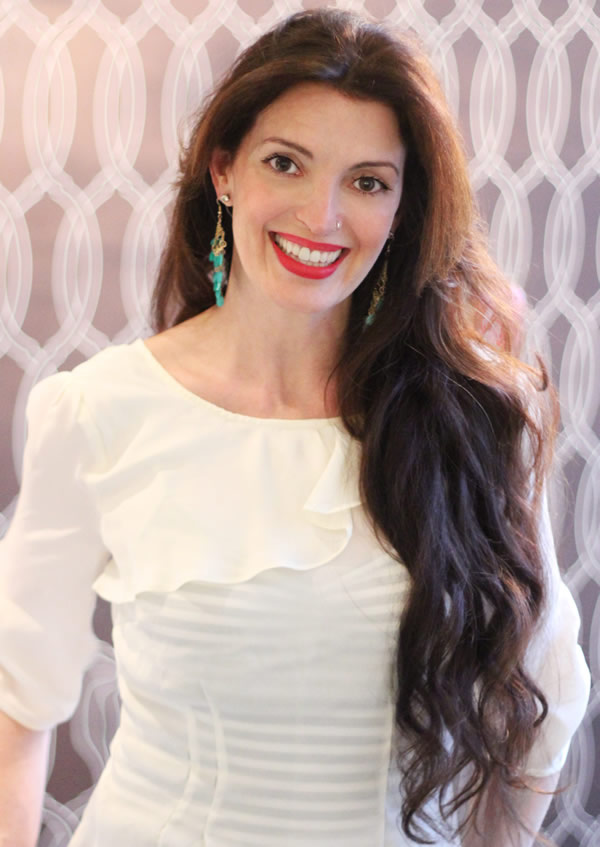 Lisa Marie has a passion for colour, including immaculately placed highlights and expertly chosen hues. Subtle nuances guarantee a natural, organic look. Her comfort and ability with long hair shines through for you ladies with longer tresses! The pride that she takes in her attentiveness to clients is reflected in her 25 years of experience. Lisa Marie is a staff favorite; we are thrilled to have her upbeat personality and infectious laughter at LURE! 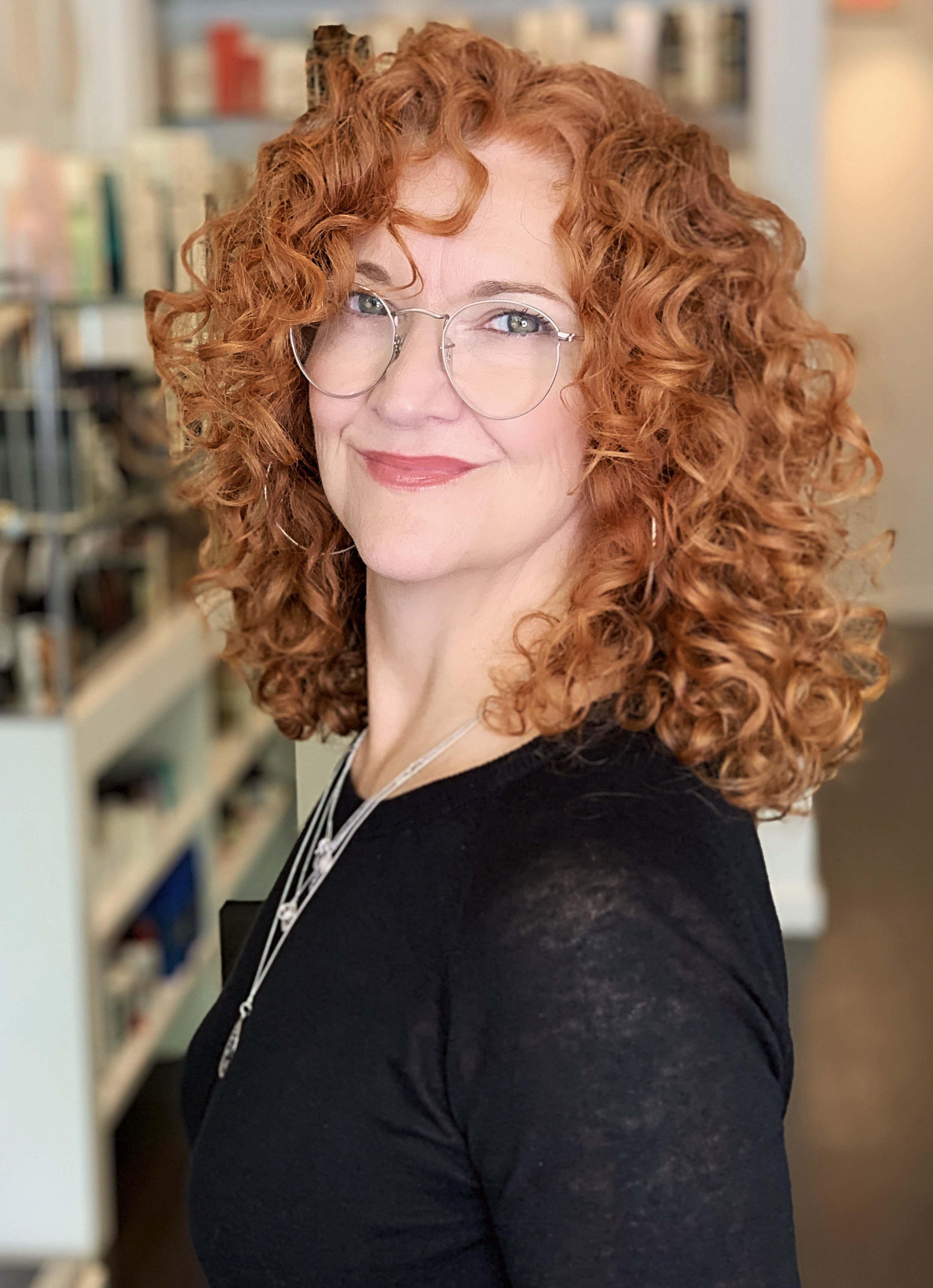 Dee brings with her to LURE many years of experience. Teaching and working for the Vidal Sassoon Academy and Salons has given her the expertise to work as LURE’s Education Director and Educator for R+Co. Dee is a regular session work Designer and has styled the runways of New York Fashion Week for Anna Sui, Todd Snyder, Joseph Abboud, Ernest Alexander, Timo Weiland, Chromat, Thomas Wylde, Kempner and The Blonds. Her creativity and originality is reflective of her years of editorial work. Her natural ease and confidence make her an excellent addition to our team. Vu’s dedication to his craft has made him one of Vancouver’s fastest rising stars.  Vu has worked on various editorial spreads including Essentials Magazine. He has travelled to New York for Mercedes Benz Fashion Week working on shows such as Timo Weiland, Sally Lapointe, Tim Coppens, Patrik Ervell, Fingers Crossed and The Blonds. He is well on his way to becoming a Master Colourist and loves to challenge himself through competitions. He was recently chosen as the One Shot winner from Behind The Chair, and in 2017 he was awarded Top Colourist in Canada in the Goldwell Color Zoom Competition. He then travelled to Spain to represent Canada where he placed 4th in the world. He will be competing again this year so stay tuned for updates! His sunny disposition makes for a relaxed and pleasant experience that will leave you feeling beautiful. Amy advanced her cutting techniques by attending Toni & Guy Academies in New York and Santa Monica. She had the opportunity to travel to New York for Mercedes Benz Fashion Week where she worked backstage at Tim Coppens, Fingers Crossed, The Blonds, Gabriela Cadena and Gents fashion shows.  She also recently completed a Balayage and Foilayage master course in San Diego, and is known in the salon for her beautiful and precise work. Her goal is to accentuate her clients’ best features through hair. She is an avid foodie, world traveller, Beyonce superfan and loves spending time at Vancouver’s Catfe. 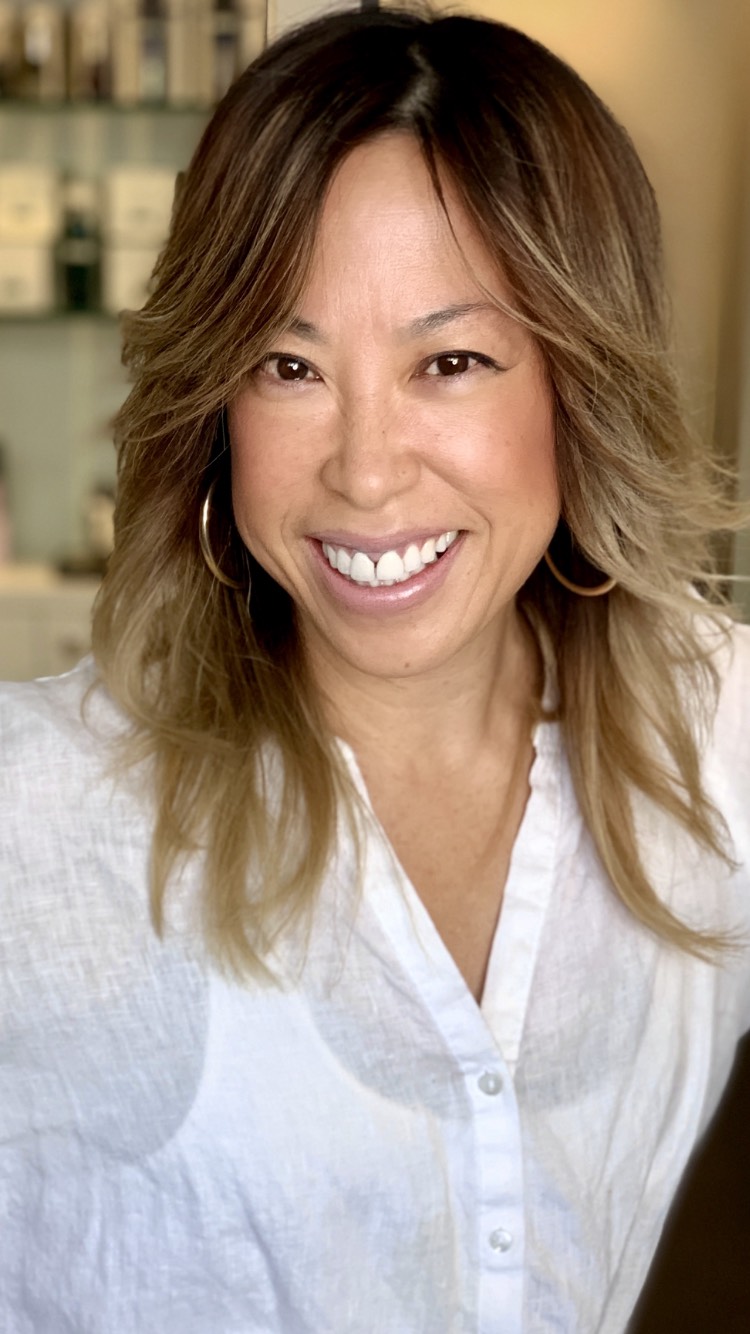 Ceanne has mastered hair throughout the decades. With over 20 years of experience, her innovative sense of style and keen eye for fashion has made her a leader in creating and inspiring many new looks.  This busy designer has owned her own successful salons and  has mentored many talented designers.  Ceanne has a fresh approach to color and specializes in creative placement. Her passion for continuously educating and training herself makes her a leader in our industry. 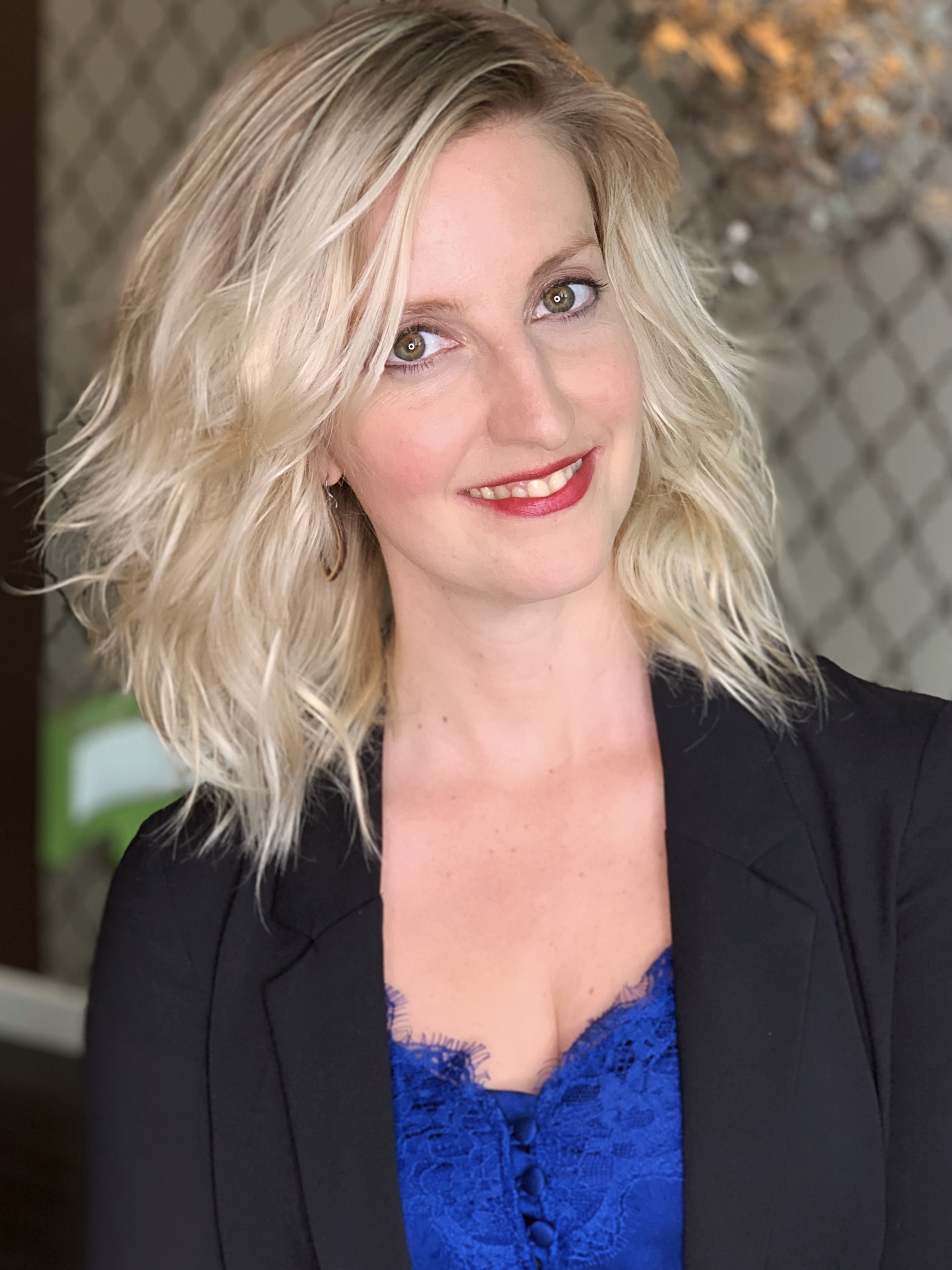 Jillian brings passion and laughter to her craft. With an unwavering eye for detail, Lure salon was the obvious choice after graduating with honors from John Casablancas Institute in 2015. She has competed in International hair competitions such a Colorzoom and is a strong believer in continued education -travelling often to refine her skills. Jillian is a long time Vancouverite who also speaks French. She excels at color transformations and choppy bobs. When not at the salon, you can find her in Hawaii snorkelling with manta rays and dolphins. Lee’s eccentric personality and love for the hair industry comes across in his work. LURE Salon provides the perfect surrounding for Lee to combine his passion for both hair and fashion. He has a strong eye for colouring and cutting hair and enjoys giving a sexy blowout. In his free time he enjoys time with friends and family and getting outdoors. 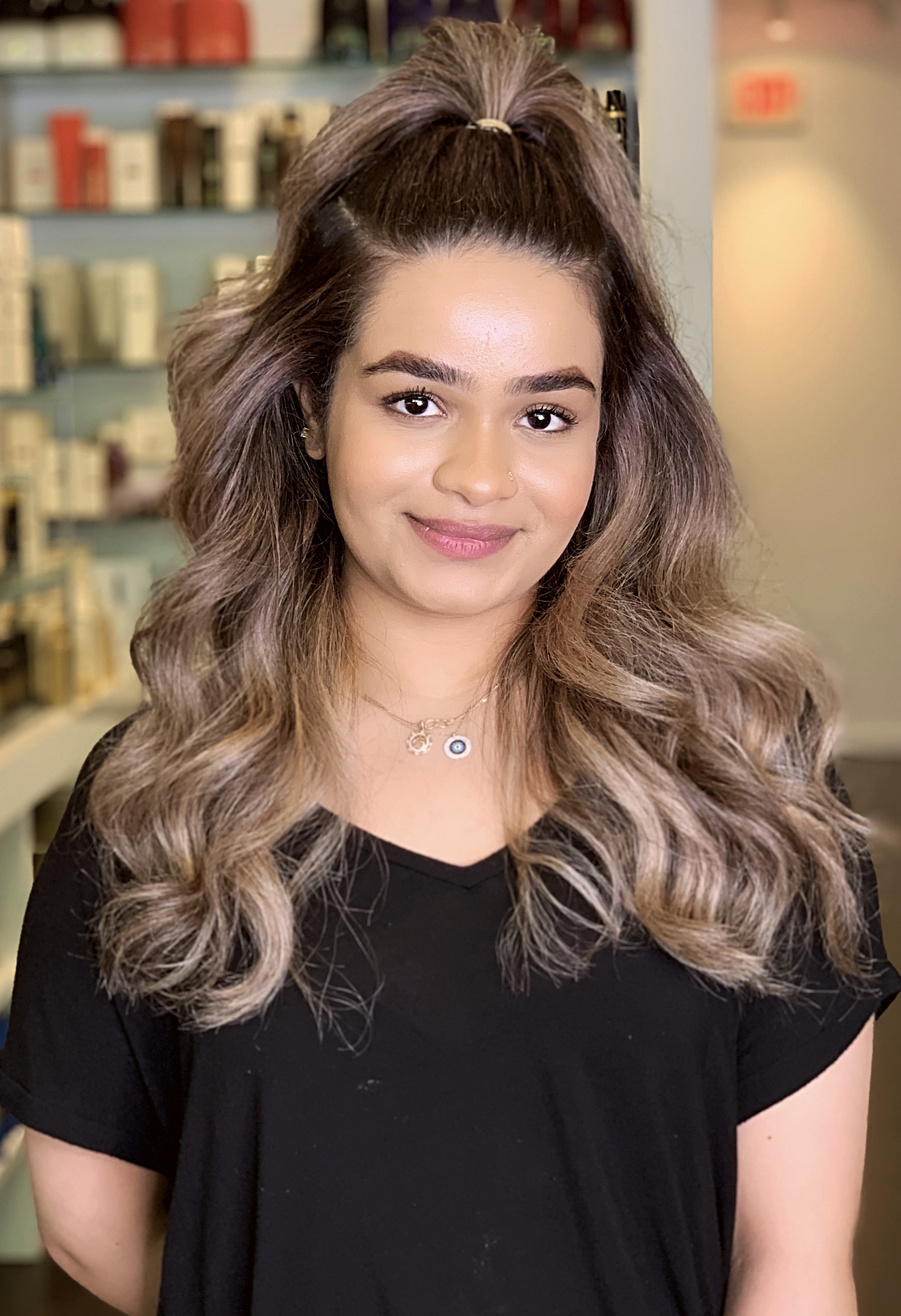 Michelle has great patience and a meticulous eye for detail. Having graduated from Vancouver Career College in 2019, she has diverse skills in cutting both men’s and women’s hair and has an intuitive flair with color. 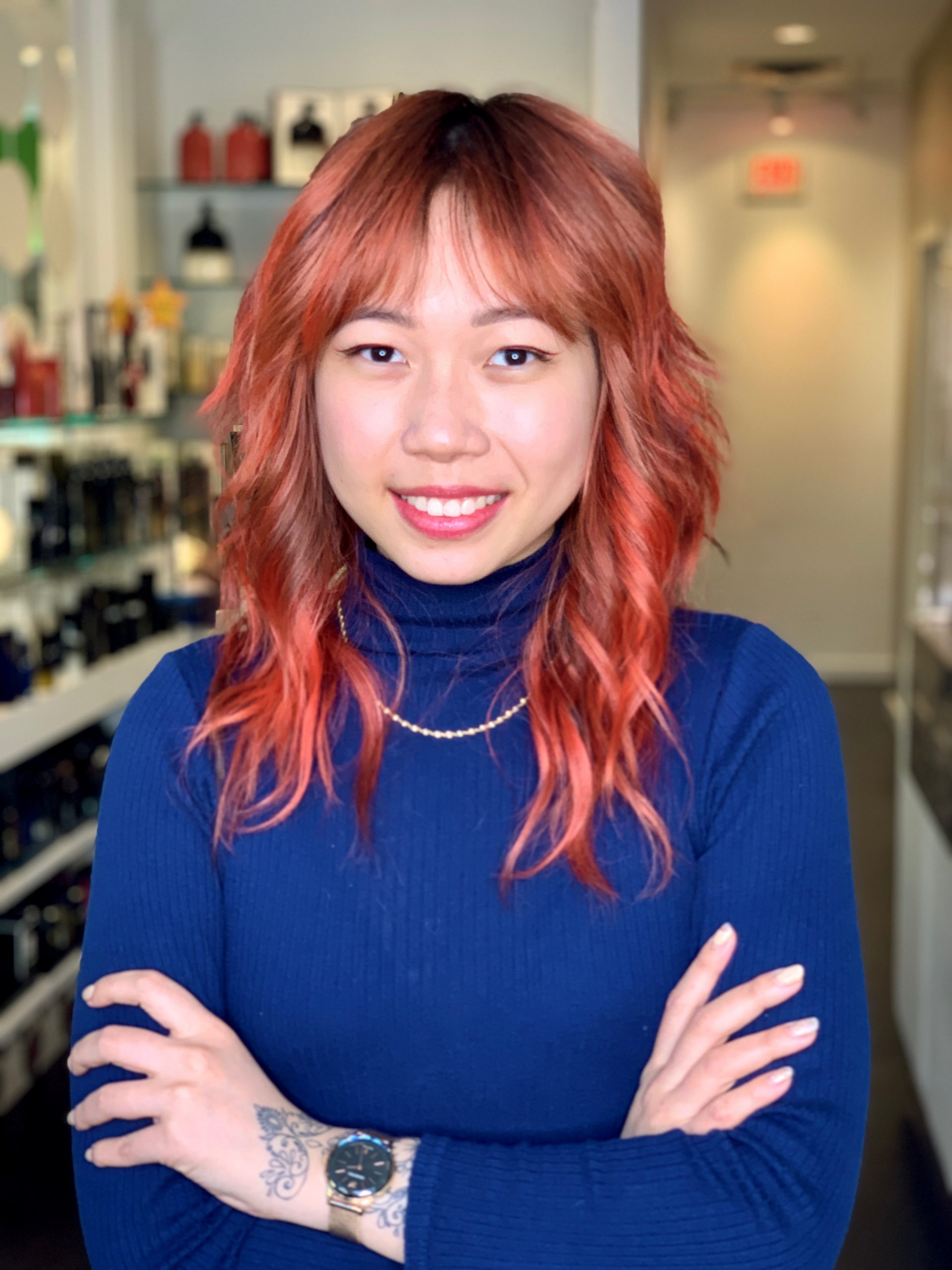 Molly’s passion for design is apparent in her transformative colours and cuts. From trendy tones to lived-in locks, she fearlessly experiments with style and believes strongly in continued education. Her keen eye and down to earth demeanour is reflected in her work, and we’re thrilled to have her as part of the LURE team. 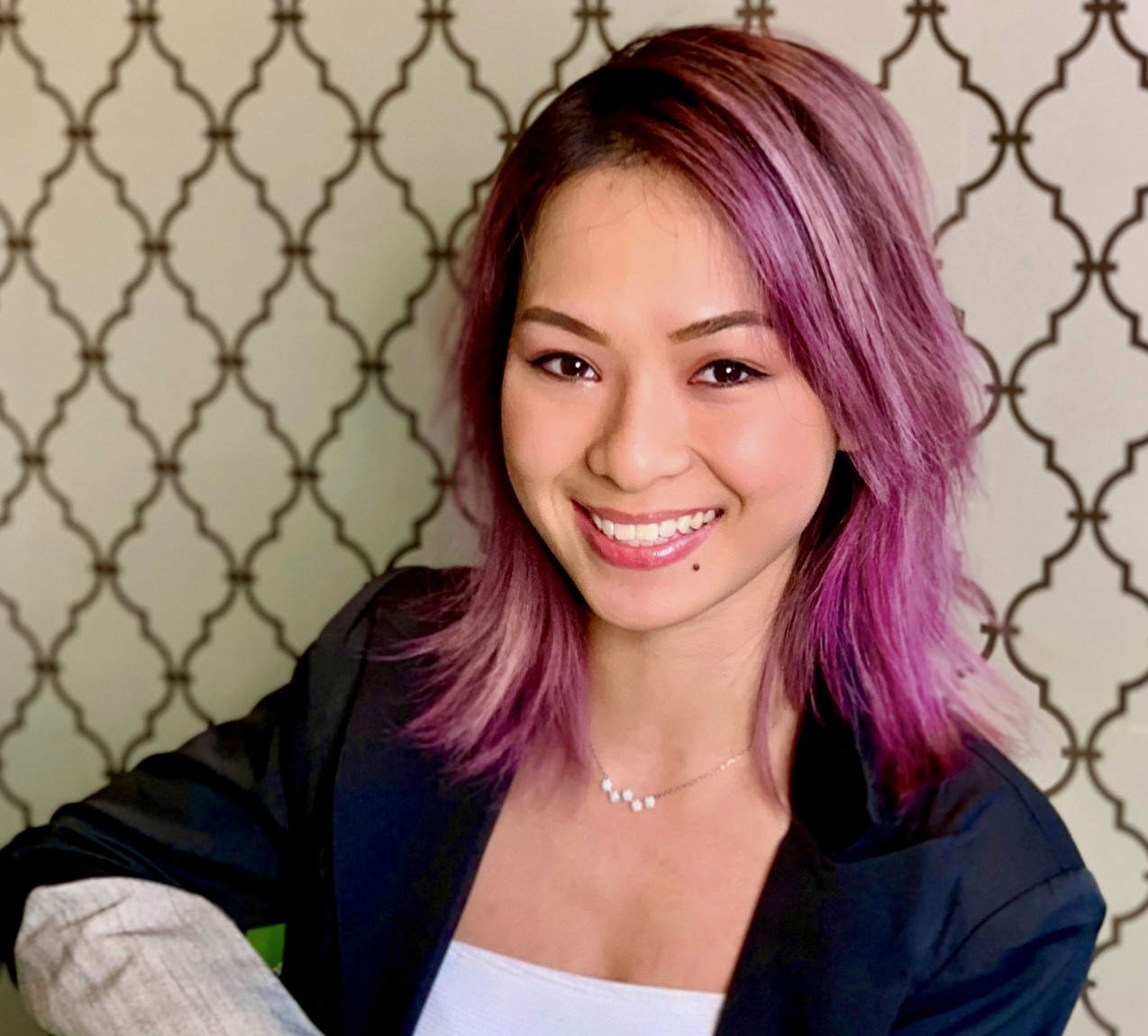 Jessica is one of our blooming talents. She began her journey with LURE while still in hair school. She is always smiling and brightens the day of everyone she meets. She views people’s hair as their crown and thinks one of the most important things a person can have is an amazing hair designer, one she strives to very soon be. 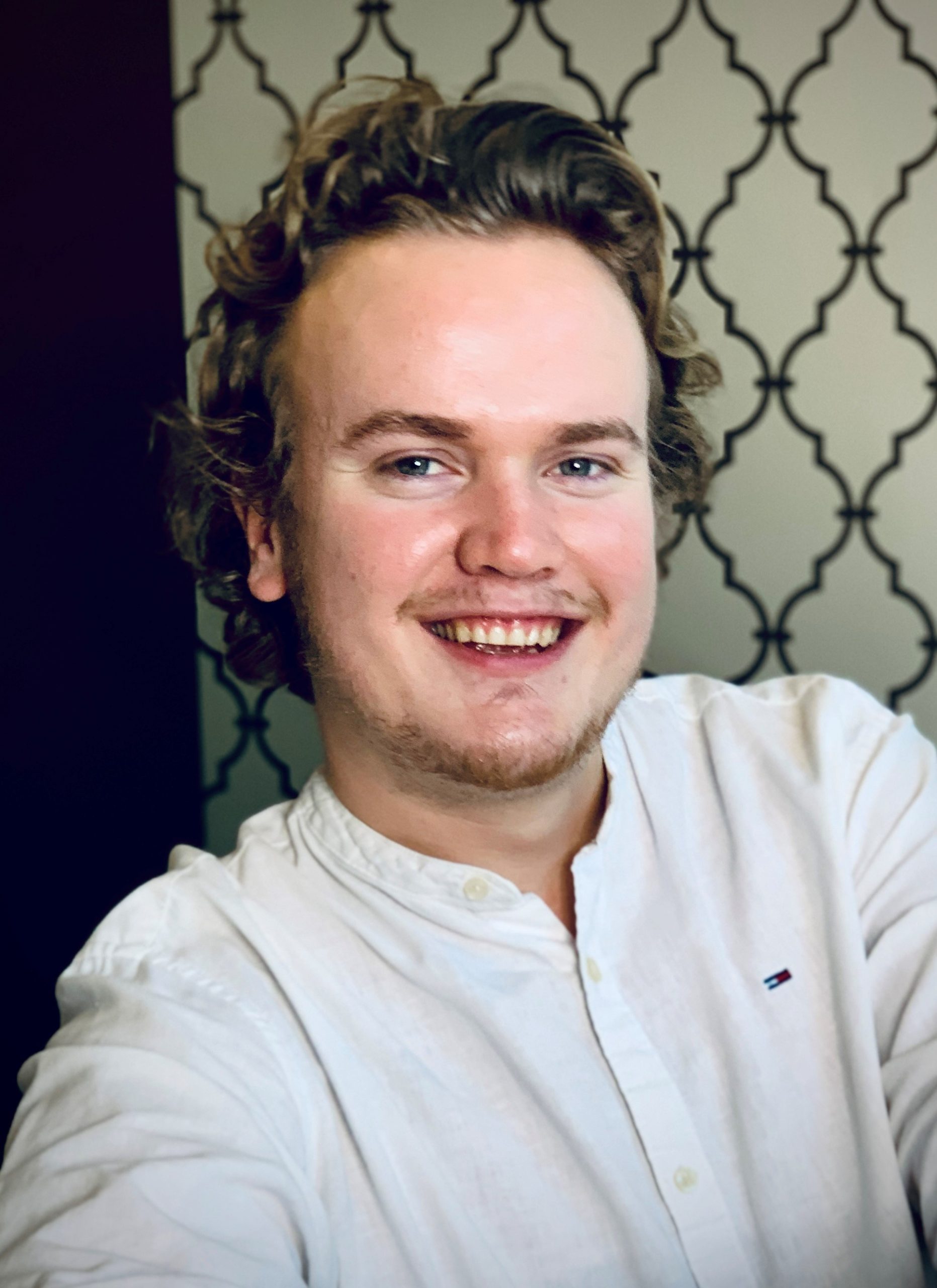 Sam’s passion for hair effortlessly translates into his creative styling and intricate braids. He thrives in a hands-on environment and loves making his clients feel chic and confident. One of LURE’s latest young talents, it’s not unusual to catch Sam behind the scenes, assisting on editorial shoots or refining his skills and learning new techniques for cut and colour. With his vivacious personality and great sense of humour, an hour in his chair is a guaranteed way to brighten your day.

Charrisse Mae has always had an eye for design and detail. With her incredible skill to enhance beauty, Charrisse would sketch portraits of women’s faces. These sketches were the beginning of her understanding of shade and light that she would later transfer to the faces of her clients…

Charrisse Mae has been a successful Professional Make up Artist in Vancouver for 15 years. In her portfolio, Charrisse Mae has been trained by and represented global brands such as, Giorgio Armani Cosmetics, Yves Saint Laurent and Dior, to name a few. She has a special eye for ethnic make up and we are so looking forward to having Charrise working in LURE.